READING POETRY TO WARD OFF THE COVID BLUES (by Nin Andrews) 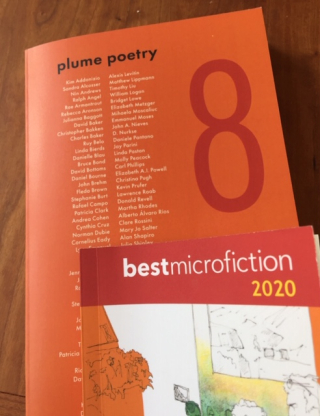 It’s another day and soon it will be another month in this miserable COVID summer. The sunlight is streaming through my window, and outside, the goldfinches are swooping through the meadow that is so thick with black-eyed susans, it looks like an Impressionist painting. In the distance, I can see the cows in the pasture, calves running behind them, a newborn trying to stand up on wobbly legs. Most years I’d feel a sense of joy at all this pastoral beauty. But this year, I wake each day to a strange ache in my heart, almost as if I have lost a loved one. I try to write but usually find myself just staring at the page. Maybe poetry is the loved one I have lost, I think. A friend tells me I am suffering from the COVID blues. She says lots of folks are, including herself. She’s been riding her motorcycle after dark to escape the loneliness. “You need something powerful between your legs,” she jokes. Like me, she says writing poetry usually gives her a thrill, a sense of romance and escape from the humdrum of daily life.

I am reminded of the Bruce Bond’s first paragraph of the preface for the most recent PLUME anthology, Plume 8:

“All good poems are love poems. They have something to lose. No less so in the aftermath of loss, or the thick of peril, in the crisis of the here and now that summons language as public and private, all at once. Relational, historical, psychological, poems recover, in light and in spite of human difficulty, a sense of their vocation. They ask us, as they ask themselves, why now. Why a poem. And more challenging still, why beauty.”

Bond goes on to talk about the many beautiful poems in the anthology, and he’s right. Plume Poetry 8 is a stunning collection, featuring  many of my favorite poets including Lynn Emanuel,  Major Jackson, Albert Rios, Lisa Russ Spaar, Jeffrey Friedman, and Elizabeth A.I. Powell. Reading it does alleviate some of the misery of this peculiar time.  While it would be impossible to pick just one poem to admire, there is a poem by Cynthia Cruz that synchronizes with my current mood:


Sweet, the smell of fire

and filth of pines.


Racing through the woods

What is the sound

Play the record back.

down to its haunting.

its trash and crackle.

of a violin playing.


of wayward and crawl.

And then, there is this oddly timely poem by Stephanie Burt, with an epigraph in ancient Greek (which I can’t type out on my ancient IBM Thinkpad, alas). Reading the poem I am reminded of the Molly Arden, whose work and translations of Catullus have appeared here as well as in various literary reviews. 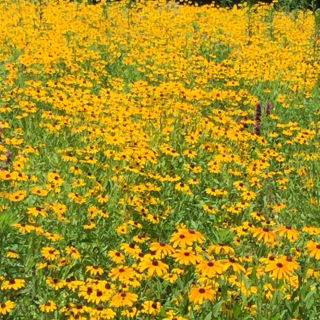 The gods who made us made us such

that whenever you or anybody laughs,

someone is probably crying; someone got hurt.

If the foreground is joy, the background is always sad.

I admit it’s not much

but it’s something to say, on that poor god’s behalf:

look what he had

to work with. Look what we came from: water and dirt.


Another anthology that I’ve enjoyed reading in this time of COVID blues is Best Microfiction 2020, edited by Meg Pokrass, Gary Fincke and Michael Martone. I turn to microfiction when I want to be surprised, and this anthology doesn’t disappoint. While I don’t know many of the names of the authors represented, I am delighted to discover them. And to remember how sometimes a very simple piece of prose delights for reasons I cannot and do not want to explain, though a falling club, as described in the following story by Trent England, might be just what I need these days.

A Quick Word about My Life

Ever since they opened up a falling club in our town, there’s little else that Theresa will do. After her daily shift at the ball bearing plant, she drives to the large, lime-stained building that used to be a Toys “R” Us, where she falls into foam pits, backwards, as though she’s a concertgoer in a mosh pit or a toppled statue of a despot. Like a gym, it has its members and regulars and Theresa remembers everyone’s names. Over dinner, she tells me about Dan who falls because he has a stressful job as a 911 operator or Janet who has three children to feed and thinks that any day her husband will get fired. I hear about Becki who sleeps with night terrors and Greg who can’t sleep at all. And while she’s telling me that if she falls enough she will one day earn a spot in the platinum level, which is the old stock room, and get to step off backwards from an even greater height, I wonder what she tells Dan and Janet and Becki and Greg about her own life or about me, or why, for example, when she leaves for work to drive to the falling club, she passes our house without stopping, without looking up at the window to see her husband standing there.

And now that I am mentioning examples of prose and poetry that have uplifted me, I’d like to close with a link to Dante di Stefano’s stunning COVID poem from last spring, and to the wonderful essays on becoming a poet on the Marsh Hawk Press Website, including essays by Denise Duhamel, David Lehman, Stephanie Strickland, and Amy Gerstner. The most recent essay, by Julie Marie Wade, begins: Since I first began writing as a child, a small door inside my head has been propped open, perpetually. In the beginning, I didn’t know it was there, but now I’m sure I couldn’t close it, even if I tried—that essential parenthesis—that necessary gap between the frame and the wall where the first light and the last light stream through.

BotRandom Poem, Random PoetrySeptember 21, 2020
I have never told anyone about this–that for years I worked for the Secret Service. I was part of an elite force consisting solely of blonde women. Once, I had to travel to the Middle East as a spy, or …
END_OF_DOCUMENT_TOKEN_TO_BE_REPLACED