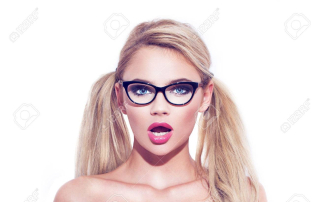 I have never told anyone about this–that for years I worked for the Secret Service. I was part of an elite force consisting solely of blonde women. Once, I had to travel to the Middle East as a spy, or rather, a kind of special envoy for the U.S government. In preparation I dyed my hair platinum and bought several slinky outfits.  I complained to my supervisor of clothing that I was too smart to be marketed in this way to which he responded, au contraire.  My job, to seduce a militant religious leader, whose name I can never confide. He was influential in politics, a renowned scholar of poetry and philosophy who had spent some time in jail, and Uncle Sam wanted access to his inner lair, his secret thoughts and habits. Wherever he went, men with ski hats and masks followed.  I can’t tell too many details, of course, this being a top-secret thing, but I imagined myself impressing him with my own knowledge of philosophy. I was very nervous. I felt as if my hair glowed like a light bulb in the limo in which the scholar and I were driving to an unknown destination. When I asked, where are we going, he answered, in his heavy accent, all destinations are unknown, and then poured me a glass of wine.  He wanted to know if I knew the truth—why I was there. Before I had taken a sip, I admitted that I had studied poetry and philosophy, and had once believed truth existed. It was the wrong thing to say because he immediately began asking questions. All I could recall of philosophy were details of how certain philosophers related to women or the bedroom. How Aristotle thought women were less interesting than shellfish, for example. I drank quickly in hopes it would give me inspiration. Before I knew it I was babbling hopelessly about Montaigne’s theory of sexual impotence, Kierkegaard’s fear and trembling, his wish never to get hitched.  My head was spinning. The last thing I remember, I was talking about Descartes, laughing, “I don’t think like a blonde, even though I am one, so forgive me.” That’s when he began to recite poetry, or I think it was poetry, and I compared poems to men—how just when the going gets good, there’s this blank space coming up the page. I felt like an airplane being swallowed by a cloud. Or was I the cloud swallowing the plane?

BotRandom Poem, Random PoetrySeptember 21, 2020
Free Minds is hosting our next virtual On the Same Page: Write Night, on September 23, from 7:00 to 8:30 pm EST! Click here to RSVP. On September 23, we will host our next Virtual Write Night. All you need …
END_OF_DOCUMENT_TOKEN_TO_BE_REPLACED

BotRandom Poem, Random PoetryApril 9, 2020
Thank you. I love To sing at first light, Pluck a gut string In the watches of the night: A little song, with rocks And sea, and sky, without Confusion of the parts. Rocks sink. The sea is deep. It …
END_OF_DOCUMENT_TOKEN_TO_BE_REPLACED